Most People With Rheumatoid Arthritis Are Not Happy With Treatment 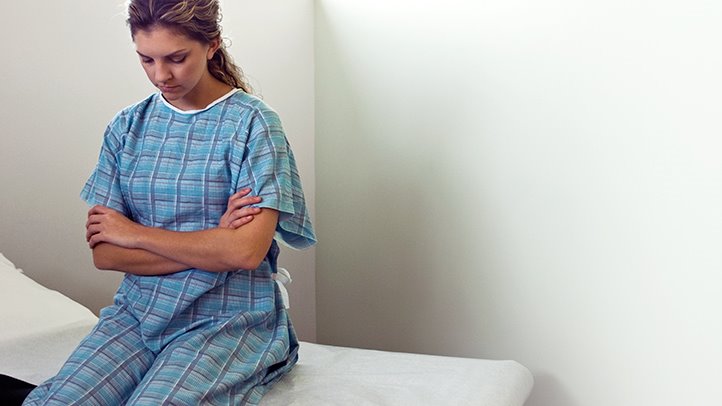 There are many ways of managing rheumatoid arthritis (RA) these days. An autoimmune disease that attacks the joints, rheumatoid arthritis can be managed or brought into remission with medications such as disease-modifying anti-rheumatic drugs (DMARDs), corticosteroids, or nonsteroidal anti-inflammatory drugs (NSAIDs), plus lifestyle changes such as quitting smoking, low-impact exercise, weight loss, eating a healthy diet and mindfulness.

Despite all these options, a new study published in September 2019 in Rheumatology and Therapy found that almost 75 percent of RA patient respondents in a survey were dissatisfied with their treatments, reporting distressful symptoms such as fatigue (82 percent), pain (76 percent), and physical limitations (75 percent), which had a negative influence on quality of life. While receiving treatment, 37 percent of respondents still had moderate disease activity, and 33 percent had high disease activity. Only 16 percent achieved remission and 13 percent reported low disease activity with treatment.

The study was based on a survey of 258 patients with RA who were enrolled in ArthritisPower, the online patient research registry of CreakyJoints, and supported by Eli Lilly and Company. Forty-three percent of respondents reported daily or almost daily use of prescription pain medication; 44 percent reported a current flare.

“I was a little bit surprised by those numbers,” says Jeffrey Curtis, MD, MPH, senior author of the study and professor of medicine at the University of Alabama at Birmingham. “Biologics and targeted therapies may result in patients doing better, but that doesn’t mean that patients are necessarily doing well." Biologic drugs go after immune system proteins associated with inflammation.

Nilanjana Bose, MD, a rheumatologist with the Rheumatology Center of Houston, who was not involved in the study, adds, “I would not have expected 75 percent [dissatisfaction], but I know that even when pain is well-controlled, you can have symptoms from other issues. Patients tell you overall how they feel, and there is always the possibility that it’s not from their RA or it’s just at that moment in time. There are a lot of variables.”

Experts hypothesize how there is this disconnect between treatment and perceived results on the part of patients:

Early diagnosis is critical, before joint damage occurs. “Damage to the joint is irreversible. No therapy can’t put that back. However, patients can be skittish about medicines, so they don’t start early enough. After that happens, I can put them on a medication that will improve symptoms, but it won’t bring them back to where they were predisease. This leaves a lot of folks not satisfied with where they end up,” says Dr. Curtis.

Related: Early Rheumatoid Arthritis Treatment: Why Is It So Important?

Doctors need to walk the patient through the whole process and lay out a plan of action and expectations: How does the drug work? How long will the patient need to be on it? How effective is it? What are the side effects? What are the goals? “When I start a patient on a new treatment, I always go over the drug and have the patient come back soon for a check in. If there are issues, we try to understand if it’s from the disease, drug, or something else. Discussion needs to be happening at every step. Patients feel better when they have information and believe that someone is listening to them,” says Dr. Bose.

Curtis continues, “I would advocate for more shared decision-making. Patients need to understand that every time we change something, there is a choice — even not changing something is a choice to be made. I don’t want patients to feel they are on the passive end of being told treatment choices.” He recommends that patients become more proactive by asking themselves and their doctors, “Is this the best that I can do?” Bose finds that given the opportunity, most patients want to learn, want information, and want to manage themselves better.

Related: 6 Things About Rheumatoid Arthritis That Are Difficult to Explain or Understand

Achieving better results may not necessarily mean changing drugs; it can also involve a better diet, low-impact exercise, cognitive behavioral therapy, quitting smoking, or seeking help with comorbidities such as depression. If their physicians aren’t addressing this, patients should bring up the conversation. “We need to see the patient as more than their disease, and take a more holistic approach that looks at the total patient,” says Curtis. “Clinicians should ask how satisfied their patients are with how they are doing, and find the things that will really make a difference in people’s lives to improve pain, function, mobility, and sleep. It’s not necessarily changing a drug. That sometimes gets overlooked.”

RELATED: Why Tai Chi Is So Good for Rheumatoid Arthritis

Theory and practice don’t always go eye to eye. In practice, there are always gray zones, says Bose: “Is the drug not working or is something else going on, such as stress at home, not following protocol, or is comorbid osteoarthritis acting up? Do the patients follow up, or do they cancel appointments?“

Research published in September 2019 by GoodRX reported that the cost of RA medication has doubled in five years. The cost of biologics has doubled since 2014; nonbiologics have increased dramatically as well. A September 2019 press release from the American College of Rheumatology (ACR) presented results from a survey conducted by the ACR, which found “even though 90 percent of respondents [with rheumatic diseases] reported having health insurance coverage, nearly 60 percent said they had difficulty affording their medications or treatments in the past year. Nearly 25 percent of respondents’ out-of-pocket costs of more than $1,000 per year, while 6 percent of patients reported more than $5,000 per year.” Both Curtis and Bose report having patients who do not take their medication as prescribed because of costs, leading to less than optimal results.

Related: Rheumatoid Arthritis: How to Pay for Treatment

The ACR study also reported that 50 percent of respondents said their medical insurance required the patient go through a step process, in which they are forced to try and fail treatments preferred by the insurance company before trying other options — even when a patient’s doctor doesn’t think the insurer-preferred option will be as effective as a different treatment. Curtis is surprised by the 50 percent data; in his experience, the step process demanded by insurance companies has been 100 percent (meaning that all of his patients had to go through the step therapy process). This can lead to a lot of frustrating trials and wasted time during which the disease is progressing.