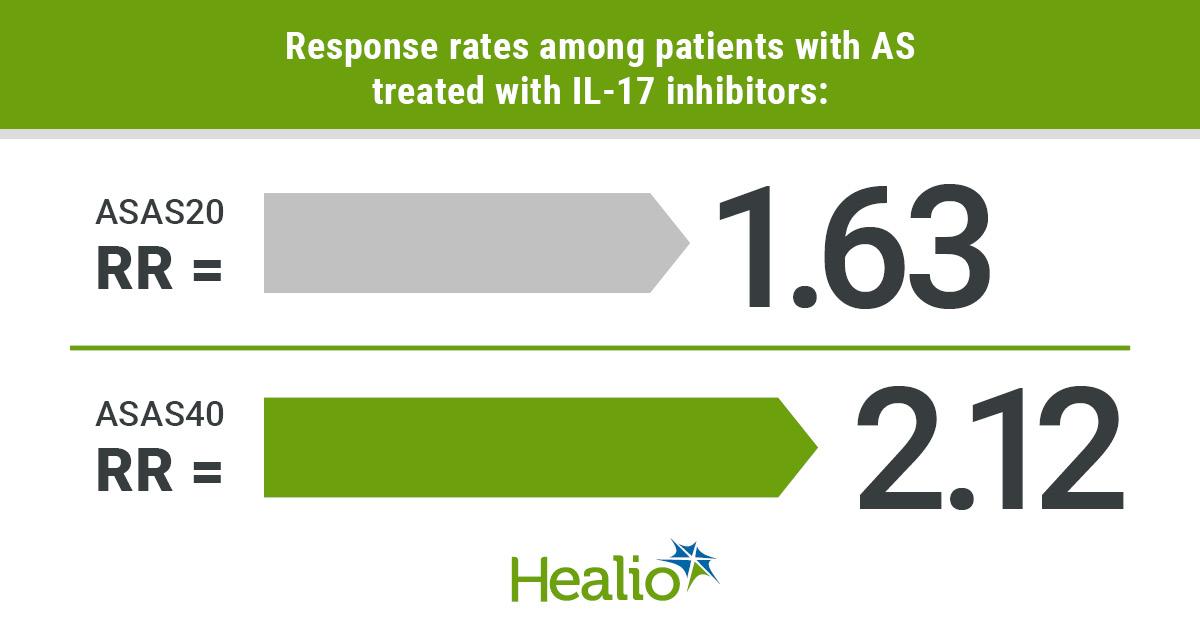 Treatment with IL-17 inhibitors significantly increases response rates among patients with ankylosing spondylitis, but with an increased risk for non-severe infections, according to a meta-analysis published in Arthritis Research & Therapy.

To analyze the efficacy and safety of IL-17 inhibitors among patients with ankylosing spondylitis, Yin and colleagues conducted a meta-analysis of six phase 3 trials identified through a systematic literature review. The trials were randomized, double-blind, placebo-controlled studies with a combined 1,733 participants. Among these patients with active ankylosing spondylitis, 1,153 received IL-17 inhibitors, including secukinumab (Cosentyx, Novartis) or ixekizumab (Taltz, Eli Lilly), while 580 patients received a placebo.

The primary endpoint was the proportion of patients demonstrating at least a 20% improvement in the Assessment of Spondyloarthritis International Society (ASAS20) response criteria at week 16. The secondary endpoint was ASAS40 at week 16.