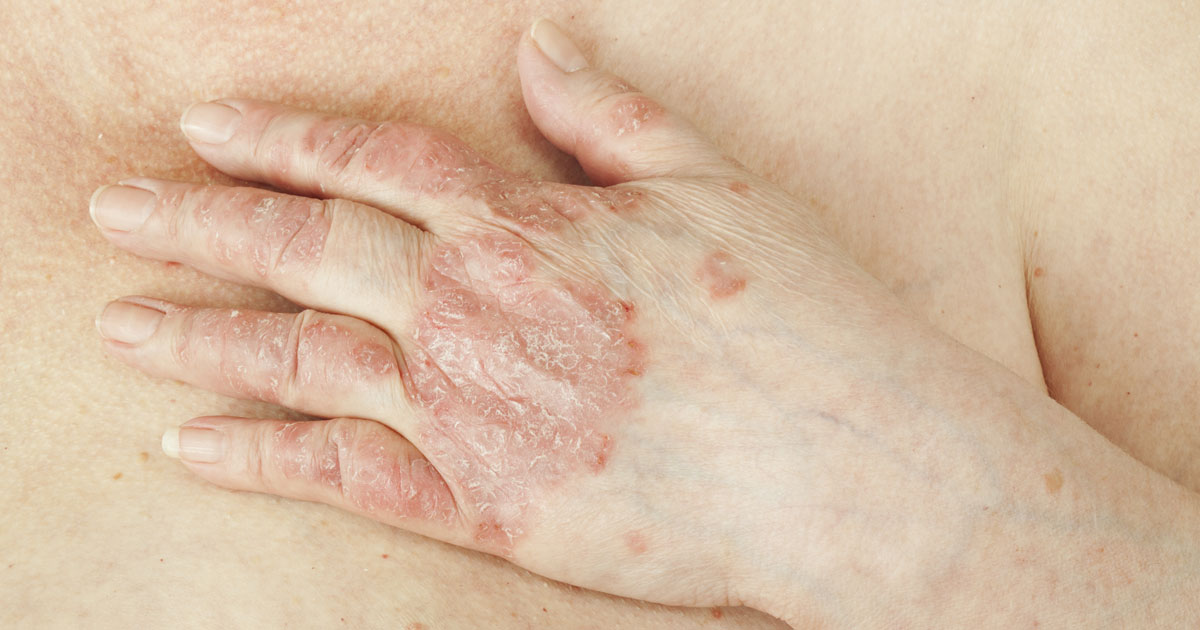 Psoriasis is well-known for thick, scaly patches of red, itchy skin, but the problem can run deeper than that. Around 30 percent of psoriasis sufferers will also see symptoms of the disease under their skin, in their joints (most often the small joints of the fingers and toes).

The symptoms can come on quite suddenly, or build up over a stretch of time. Some people will notice the inflammation in just one knuckle, while others will suffer extreme joint pain and swelling in several sites around their body.

Living with sore, swollen knuckles can be challenging and discouraging, but psoriatic arthritis is more than a discomfort — it can also be quite dangerous if left untreated. However, if you know how to spot the first signs of the condition, you stand a much better chance of bringing it under control and sidestepping permanent complications.

Psoriasis begins when your immune system mistakenly targets healthy tissue as a foreign invader and unleashes a powerful and damaging immune response to eradicate it. When that response is funneled to the joints instead of the skin, psoriatic arthritis develops.

Just as psoriasis inflames the skin tissue, psoriatic arthritis inflames the tissue in and around the joints. Some of the most common symptoms include:

Arthritis is a painful disease, in all its forms. Psoriatic arthritis brings pain to the joints, most often the knees, ankles, fingers, and toes, but sometimes in the lower back, too. The pain isn’t limited to the bones: in many cases, the tendons or ligaments will also suffer. In fact, it’s possible to mistake this as a sports injury, like tennis elbow or Achilles heel strain.

Swollen knuckles are major hallmarks of psoriatic arthritis, but the tissue around the joints can also swell up. This will leave you with thick, puffy fingers and toes, without much discernable tapering towards the tips.

This symptom sets psoriatic arthritis apart from rheumatoid arthritis, which tends to only affect the area immediately around the joint.

With swelling comes stiffness, and you’ll probably notice less of range of motion in your affected joints. When the tissues are inflamed, there is less space for the bone to move in and around the joint, so the limb (or finger or toe) will no longer bend as far as before, or circle as wide.

As the small joints in the fingers and toes are affected, the nails can also bear signs of inflammation. You may notice the psoriasis nail surface becoming uneven, thickening, or beginning to change color.

Pits will often form, and the nail could lift away from the nail bed completely. Once the nail breaks up and chips away, your fingertip and toes could be more prone to injury or infection.

Psoriatic arthritis symptoms may show up in certain joints, but it is an autoimmune disease, and that means it can affect the whole body via the overactive immune response. It’s not uncommon to feel worn out or experience psoriasis fatigue, since your body is focusing energy on fighting the (false) invader.

This inflammation can flare-up and calm down sporadically, or else it can stick with you once it first appears. If you don’t begin treatment, the joint and tissue damage can get worse and worse until the joints are permanently disfigured.