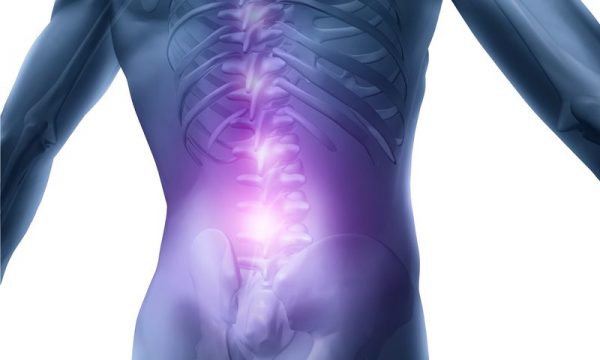 People who received intradiscal platelet-rich plasma (PRP) injections to treat low back pain found a significant improvement in both pain and function, according to a study led by Dr. Gregory Lutz, Medical Director of the Regenerative SportsCare Institute, and Physiatrist-in-Chief Emeritus, Hospital for Special Surgery.  Dr. Lutz followed 49 patients for two years, and presented his results at the Interventional Orthopedics Foundation’s Annual Conference.

He noted patient satisfaction of 60% for those using the therapy to treat early-stage degenerative spinal disc disease that resulted in lasting improvements in pain and function.  The study was double-blind, randomized, controlled trial design, rigorous selection process and long term data collection.  All patients enrolled in the study had failed conservative treatments and were considering spinal fusion surgery.

Age, poor posture, and injury weaken spinal discs, causing cracks or tears to develop in the disc wall over time. Because spinal discs are filled with small nerve endings, these tears can develop into sources of chronic back pain in many patients. The adult disc has a limited blood supply, and therefore poor inherent healing potential. Conventional treatments for degenerated discs, which include physical therapy, anti-inflammatory medications, and spinal fusion surgery, are often not effective in the long-term and can come with complications.

Intradiscal PRP is an outpatient procedure that uses the patient’s own blood platelet cells to address the underlying issue of disc health, rather than merely alleviate disease symptoms.

“Blood is taken from the patient, processed in a centrifuge to concentrate the platelets, loaded into a syringe and then gently advanced into the painful disc levels under precise x-ray guidance,” said Dr. Lutz. “Growth factors are activated to help repair the tissue and the PRP fills and seals the tears in the outer wall of the disc. The beauty of intradiscal PRP is that it harnesses the patient’s own innate ability to heal.”

According to a media release from the Regenerative SportsCare Institute, the subjects in the study included a 54-year-old woman with severe, chronic low back pain, among others. After two years of failed therapies and pain, the female patient, having received PRP injections at the time of discography, reported near complete pain relief. At 2 years post-procedure, she continued to report sustained improvement in both pain and function. The results attest to the potential of intradiscal PRP to sustain long-term improvements in patients suffering from degenerative disc disease of the lumbar spine.

“Biologic therapies like intradiscal PRP represent the beginning of a paradigm shift in orthopedics. Using a patient’s own cells, we are able to help patients not only avoid more aggressive spinal fusion surgery, but also eliminate the need for long-term medications.” Dr. Lutz and his research team will be initiating research trials in the near future for knee osteoarthritis and other degenerative conditions using the patient’s own stem cells.