What Is the Rate of Lumbar Fusion Following Single-Level Discectomy? 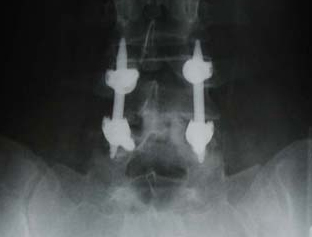 While the overall rate of reoperation after a single-level discectomy is relatively low (12.2% within 4 years), more than one-third of patients who undergo a second discectomy at the same level will require lumbar fusion in the future, according to findings from a large database study presented by Jeffrey C. Wang, MD, at the 31st Annual Meeting of the North American Spine Society in Boston, MA.

Overall, the findings showed “a high success rate with discectomy for a herniated disc, and low need for fusion in the future,” said Dr. Wang, Chief of the Orthopaedic Spine Service at the Keck Medical Center of USC and Co-Director of the USC Spine Center in Los Angeles. “However, for patients who have a recurrent herniation at the same level and are having back pain or significant degeneration, the need for a fusion goes up significantly.”

The analysis was based on data from more than 13,500 patients who underwent discectomy between January 2007 and September 2014. The information was derived from a national insurance billing database with follow-up data available for up to 4 years after the index procedure.

The additional cost of lumbar reoperation was estimated at approximately $11,161 per patient per year.

Findings May Influence Patient Decisions Dr. Wang said that patients should be educated on their risk for future fusion, and believes that more patients with marked arthritis and painful symptoms who require reoperation may opt for lumbar fusion at that time.

In addition, Dr. Wang believes that older age and pre-existing arthritis at the level of disc herniation may predispose patients to needing lumbar fusion after discectomy. However, the limitations inherent in the study design make it difficult to determine such associations.

“A disadvantage of these larger database studies is that you can’t delve into personalized information or quality outcomes data,” Dr. Wang told SpineUniverse. In the future, Dr. Wang would like to investigate risk factors for lumbar fusion after discectomy, and whether lumbar fusion rates vary by inpatient versus outpatient spine centers.