Placebos in chronic pain: evidence, theory, ethics, and use in clinical practice 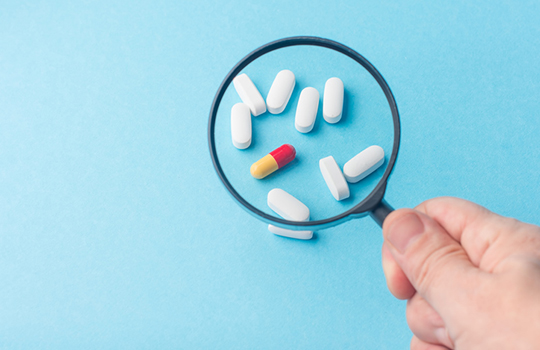 Despite their ubiquitous presence, placebos and placebo effects retain an ambiguous and unsettling presence in biomedicine. Specifically focused on chronic pain, this review examines the effect of placebo treatment under three distinct frameworks: double blind, deception, and open label honestly prescribed. These specific conditions do not necessarily differentially modify placebo outcomes. Psychological, clinical, and neurological theories of placebo effects are scrutinized. In chronic pain, conscious expectation does not reliably predict placebo effects. A supportive patient-physician relationship may enhance placebo effects. This review highlights “predictive coding” and “bayesian brain” as emerging models derived from computational neurobiology that offer a unified framework to explain the heterogeneous evidence on placebos. These models invert the dogma of the brain as a stimulus driven organ to one in which perception relies heavily on learnt, top down, cortical predictions to infer the source of incoming sensory data. In predictive coding/bayesian brain, both chronic pain (significantly modulated by central sensitization) and its alleviation with placebo treatment are explicated as centrally encoded, mostly non-conscious, bayesian biases. The review then evaluates seven ways in which placebos are used in clinical practice and research and their bioethical implications. In this way, it shows that placebo effects are evidence based, clinically relevant, and potentially ethical tools for relieving chronic pain.

Despite their pervasive presence, placebos and placebo effects retain an ambiguous and unsettling presence in biomedicine (see box 1 for definitions).1 Placebos occupy some of biomedicine’s most prestigious terrain: placebo controls in randomized controlled trials (RCTs) are an indispensable tool for rigorous evaluation of pharmaceuticals and procedures. They draw a line in the sand: either treatment shows superiority over placebo or treatment fails. However, patients with subjectively defined symptoms assigned to dummy treatments in RCTs often improve by a magnitude that can sometimes mimic interventions known to be effective. Although such improvement is intriguing, accommodating it scientifically can be challenging. Additionally, placebos have been tainted by associations with deception, trickery, and chicanery.23 Placebos are traditionally caught in a double bind conundrum between beneficial/powerful and unethical/quackery. Placebos are pills composed of inert substances (eg, microcrystalline cellulose) or sham procedures without any direct effect on pathophysiology Placebo controls are simulated treatments (pills or procedures) designed to appear indistinguishable from the intervention under investigation while lacking the properties thought to be therapeutic Placebo effects are the salubrious clinical outcomes patients derive from participation in the rituals, symbols, and behaviors of medical treatment. This descriptive definition avoids any premature inference about putative mechanism(s). The definition also avoids the oxymoronic idea of an “inert” substance causing symptom relief Placebo responses are outcomes detected with placebo controls in randomized controlled trials that include both genuine placebo effects and such non-specific effects as regression to the mean, spontaneous improvement, and normal fluctuations in illness. Placebo responses also accompany most clinical interventions for subjective complaints Placebo treatment is an inclusive term for different conditions under which placebos can be administered: double blind, deceptively, or honest open labelRETURN TO TEXT Recent shifts in placebo theory and evidence provide an opportunity to reassess the role of placebo effects in medicine. The emergence of a family of interrelated theories and empirical investigations of perception and learning—known as “predictive coding” and “bayesian brain,” developed at the intersection of computational biology, cognitive science, and artificial intelligence—has provided new insights into placebo effects.45678 At the same time, emergent data suggest that the dominant psychological theories of placebos are insufficient in explaining placebo effects in chronic pain.9 Finally, recent research has challenged the axiomatic presumption in biomedicine that eliciting placebo effects requires either deception in clinical practice or concealment in RCTs. In a recent series of small “proof of concept” RCTs with open label placebo (OLP), patients who received placebos subsequently achieved significant symptom relief.10 This review focuses on three primary aspects of placebos in chronic pain (see box 2 for definition and types of pain). Firstly, we examine the effect of placebo treatment in three different conditions: double blind RCTs, deceptive placebo experiments, and OLP. Secondly, we analyze evidence for various psychological and clinical theories of placebo effects. In the context of central sensitization, we argue that “predictive coding” and its corollary “bayesian brain” offer a unified neurobiological framework to elucidate placebo effects in chronic pain. We conclude by examining seven ways in which placebos should or should not be used in clinical and research practice. The taxonomy of pain remains a matter of debate.11 For the purpose of this review, we adopt modified versions of the definitions provided by the International Association for the Study of Pain, as follows: Pain—An unpleasant sensory experience associated with actual or potential tissue damage or described in terms of such damage. It is generally described on the basis of its presumed source, although concepts of pain are frequently overlapping Nociceptive pain—Short lived pain that arises from damage to non-neural tissue and is caused by the activation of nociceptors Neuropathic pain—Pain caused by a lesion or disease of the somatosensory nervous system Nociplastic pain—Pain that arises from altered nociception despite no clear evidence of actual tissue damage Central sensitization—Pain related to sensory amplification, which is experienced as localized somatic or visceral pain but is primarily or exclusively maintained by functional and/or structural neuroplastic changes in the nervous systemRETURN TO TEXT

The Institute of Medicine conservatively estimates that at least 100 million American adults—more than the number affected by heart disease, diabetes, and cancer combined—live with chronic pain, costing between $560bn (£448bn; €516bn) and $635bn each year.12 A World Health Organization summary of chronic pain from 10 developed countries and seven developing countries found the prevalence to be 37.3% and 41.7%, respectively.13 The Institute of Medicine reports that the most common type of chronic pain is musculoskeletal pain, especially joint pain from arthritis and back/neck pain. Migraine and severe headaches are also very prominent. Many people with chronic pain have multiple sites of pain (for example, fibromyalgia), and the most common chronic visceral pain condition is irritable bowel syndrome. Chronic low back pain alone is the leading cause of disability in most countries in the world.14

This review focuses on clinically relevant data derived from patients with chronic pain. Because of distinct characteristics and different underlying pathophysiology of chronic versus acute pain (see discussion below), this review touches on data in acute pain only to contrast with chronic pain. Between March 2019 and July 2019, we searched the PubMed, Cochrane, and Journal of Interdisciplinary Placebo Studies databases. We used dozens of combinations of search terms, such as: placebo effect, placebo response, expectation, conditioning, predictive coding, meta-analyses, and patient-physician relationship. In various combinations, we also searched dozens of keywords relating to somatic and visceral pain, including the conditions listed above in “Incidence and prevalence” but also conditions such as, but not limited to: carpal tunnel, cervical, myofacial, chronic pancreatitis, complex regional, oral facial, neuropathic, post-herpetic neuralgia, non-cardiac chest, endometriosis, interstitial cystitis, vulvodynia, osteoarthritis, and rheumatoid arthritis. These materials were supplemented by the extensive hard copy holdings of the library of the Program in Placebo Studies at Beth Israel Deaconess Medical Center/Harvard Medical School. We prioritized large meta-analyses. For certain sections for which such evidence was lacking, we used smaller meta-analyses or the largest available RCTs. The quality and strength of cited evidence are discussed throughout the paper.

To what extent does concealed administration of placebo in RCTs differ from placebos administered under circumstances in which placebos are given under the guise that they are medications (that is, certainty)? In a related question, how are pharmaceutical outcomes modulated under such different informational presentations regarding degrees of confidence/certainty? Unfortunately, data to answer these important questions remain scarce. To our knowledge, only three small RCTs in pain conditions have prospectively compared concealed placebo (and/or concealed drug) versus placebo/drugs prescribed with certainty, two of which are in acute pain only. Table 2 summarizes these three trials. Although these limited data are insufficient to make definitive conclusions, the two larger studies report that deception/certainty placebo is either no different from or inferior to double blind/uncertainty placebo. Another stream of placebo research seeks to determine whether raising the degrees of confidence (certainty) of receiving medication in RCTs (that is, being randomly assigned to active treatment versus placebo with ratios from 1:1 up to 4:1) evokes higher placebo responses. Evidence from four large meta-analyses of knee osteoarthritis (149 RCTs; n=39 814),39 one in diverse types of osteoarthritis (215 RCTs; n=41 391),31 and one in irritable bowel syndrome (73 RCTs; n=8264)25 found no such effect. A meta-analysis of diverse chronic pain conditions (9 RCTs; n=2017) found a negative correlation: a greater likelihood of receiving medication led to significantly lower placebo responses.22 In chronic pain, more confidence in receiving medication seems not to lead to higher placebo responses.

An emergent category of placebo investigation and treatment is open label, honestly prescribed placebo. A summary of OLP clinical studies in a range of conditions including pain and non-pain conditions—discussing both strengths and weaknesses—has been reported elsewhere910; table 3 summarizes evidence drawn exclusively from the subset of OLP trials in chronic pain. Patients are told that placebo treatments in RCTs can elicit positive responses in double blind studies, but that whether placebos “work” when patients are aware of receiving placebo is unknown. If evidence exists from previous OLP RCTs, this information is conveyed with an explanation that replication is needed to verify earlier findings. Researchers emphasize honesty and never say “it will work;” they rather say, “let’s see what happens.”45 When patients express their skepticism about treatment with “sugar pills” (or microcrystalline cellulose), which happens frequently, researchers support patients by expressing their own genuine doubts and puzzlement.45 Patients in OLP trials are generally receiving stable routine or optimal medical care before recruitment, yet their symptomatic improvement in the trial is commonly more than 50% greater than that of patients in “no additional treatment” controls. Nevertheless, the small sample sizes and short duration of these trials preclude drawing strong conclusions. Even so, OLP RCTs provide valuable proof of concept data suggesting that concealment and deception are not needed to elicit placebo effects. These trials, given their no-treatment controls, also provide evidence that placebo effects constitute more than spontaneous improvement. Comparisons of double blind placebo with OLP would be illuminating. We are unaware of any published direct comparison of double blind placebo treatment and OLP, although at least one study is under way.45