Scoliosis: What You Need to Know 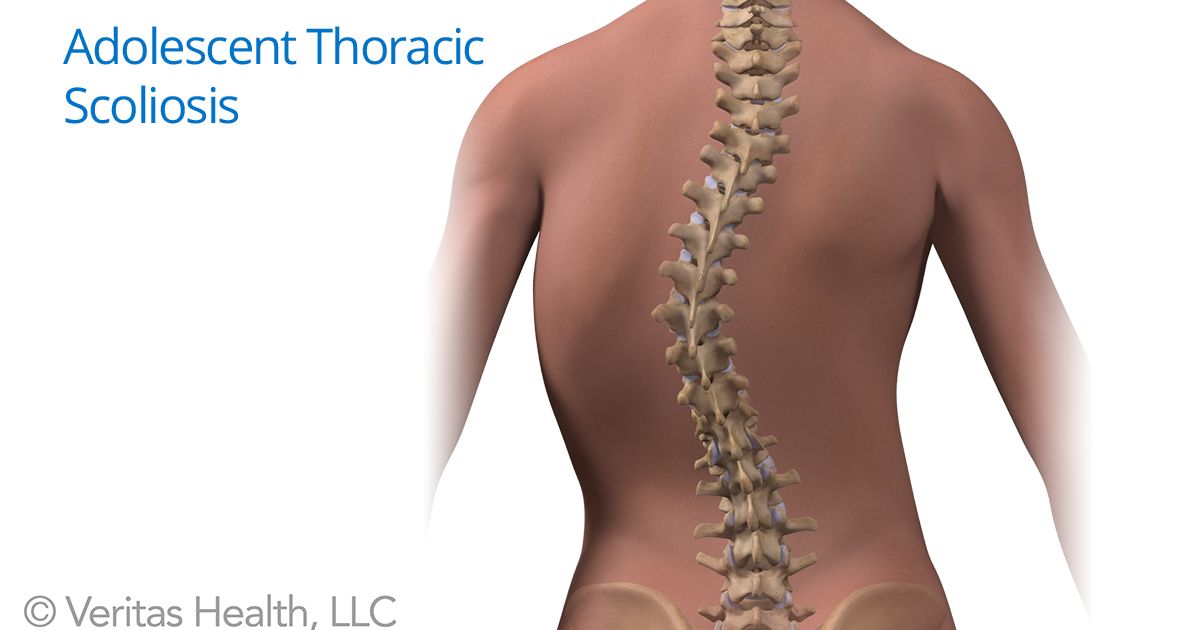 Scoliosis (pronounced sko-lee-o-sis) is a three-dimensional deformity that occurs when the spine becomes abnormally rotated and curved sideways.

Most often this deformity has no known cause, in which case it is called idiopathic scoliosis.

While the cause is unknown, idiopathic scoliosis does tend to run in families. The specific genes involved have not all been identified yet, and there could be factors beyond genetics as well.

Some people mistakenly think that carrying heavy book bags or sleeping on the side could cause scoliosis, but that is not the case.

See Backpacks and Back Pain in Children

About 3% of the population is estimated to have idiopathic scoliosis.

Typically, idiopathic scoliosis is categorized by the age at which the deformity developed:

Adolescent scoliosis comprises approximately 80% of all idiopathic scoliosis cases. Adolescence is when rapid growth typically occurs, which is why the detection of a curve at this stage should be monitored closely for progression as the child’s skeleton develops.

Any sideways — or lateral — spinal curvature of at least 10 degrees, as measured on an X-ray of the spine, is considered scoliosis. However, that small curve size would not show signs or symptoms.

As the curve progresses to 20 degrees or beyond, there is an increased chance that the person or an observer, such as a parent or teacher, might notice abnormalities such as clothes hanging unevenly or the body tilting to one side.

The idiopathic scoliosis in and of itself is generally not thought to cause significant pain, especially in adolescents and young adults. However, a scoliosis curve can cause trunk imbalances and other issues that increase the likelihood for muscle spasms and other issues, which can in turn lead to pain.

A scoliosis curve usually looks a bit like a backward C shape and involves the spine bending sideways to the right, which is also called dextroscoliosis. Sideways spinal curvature on the left side of the back is more like a regular C shape and called levoscoliosis. Here are four common types of scoliosis curves:

Several other types of curves are possible, such as a left thoracic curve. There have also been rare scoliosis cases with triple curves.

Approximately 90% of people identified with idiopathic scoliosis have curves that never progress enough to require bracing or surgery.