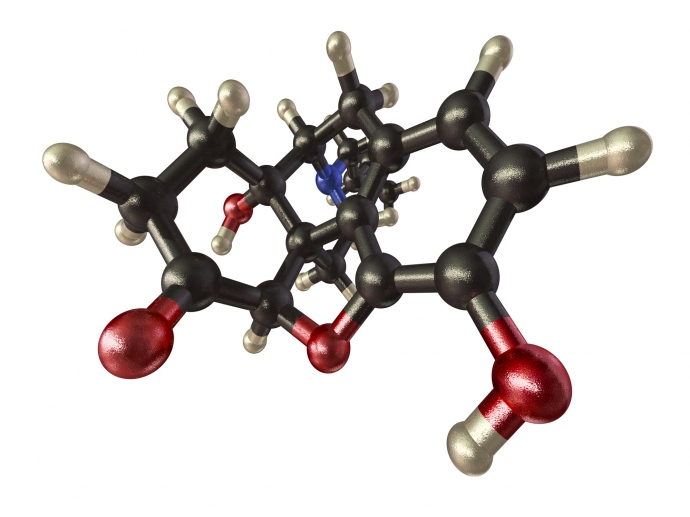 Chronic pain is a serious medical condition affecting 1 in 5 people worldwide and up to 40% of the US population. Currently available medical therapies for treatment of chronic pain may be unsatisfactory, risky, and expensive to employ. Until very recently, physicians utilized opioid therapy widely in the management of chronic non-cancer pain. Because of their highly addictive qualities and side effects such as sedation, dizziness, nausea, etc, opioids have become stigmatized.

The opioid crisis has caused and is still causing serious public health issues in our country; in 2017, 29% of people were abusing opioids, 47,000 people died from opioid overdose, and nearly 2 million people were diagnosed with a substance abuse disorder. Many of the over-the-counter (OTC) and non-opioid prescription medications are unsuitable alternatives for treatment of chronic pain as they have many unwanted side effects including GI bleeding, kidney and liver damage, dizziness, and nausea. Additionally, both OTC medications/supplements and “alternative” treatments such as cannabidiol (CBD) can be costly to patients, resulting in thousands of dollars a year in out of pocket expenses. This financial burden can result in patients receiving little and sometimes no care at all for their chronic pain issues.

There is an emerging interest on the part of patients to seek out nontraditional treatment options for managing their chronic pain. Low dose naltrexone (LDN) is a novel therapy which may fulfill the “4 L’s” that many patients look for when using nontraditional therapies: low risk, low side effect profile, low dose, and low cost. Naltrexone is a mu receptor antagonist medication originally designed and approved for the treatment of opioid addiction at a dose of 50 mg to 100 mg per day. More recently it has been suggested that low dose naltrexone may be utilized for the treatment of chronic pain, in an off-label fashion at a much lower dose: 0.5 mg to 4.5 mg/day. Although the exact mechanism is unknown, it is believed that in this lower dose, naltrexone acts as a glial/immune cell modulator, which decreases pain by helping reduce inflammation.

In this retrospective case, the authors discuss the outcomes of patients taking once-daily LDN for the treatment of chronic pain.

Real-world evidence is presented from 16 patients who took prescribed LDN for 1 to 6 months and who were considered LDN-responders (LDN-R) or LDN-partial responders (LDN-PR) (see Table I). Ten patients were female (ages 28 to 83); 6 were male (ages 51 to 89) and, excluding two younger outliers of 28 and 34 years, the average age was about 70 years.

Most patients reported constant pain that was negatively impacting activities of daily living (ADLs) and quality of life, including inability to pursue activities such as house chores, walking, or sitting for an extended period of time. Pain intensity was reported to increase throughout the day.

All the patients’ chief complaints were reported as affecting the cervical and/or lumbar spine, hip and/or sacroiliac regions, or a combination of these locations. Radiation of pain to the arms/shoulders/jaw was common for patients reporting cervical spine pain, and pain radiating into the legs or diffusely into the lower back area was common for hip, lumbar spine, and SI patients. Specific ICD-10 codes for patients in this study included those coding for scoliosis, radiculopathy, intervertebral disc degeneration, myalgia, spondylolysis, cervicalgia, stenosis, neuropathy, arthritis, spinal enthesopathy, multiple sclerosis, and osteoarthritis. Past medical and family histories were otherwise not found to be pertinent to the study results.

During the observation period, many patients were taking and/or continued to take various other pain medications such as gabapentin, cyclobenzaprine, naproxen, tramadol, ibuprofen, Tylenol, etc., which were either providing insufficient relief or causing undesirable side effects. As a result of these relative treatment failures, patients were offered treatment with LDN.

During the six-month observation period a total of 35 patients received prescriptions for low dose naltrexone. Of the 35 patients receiving LDN prescriptions, 16 continued to use LDN because of improvements in pain and/or function. Patients receiving 50% or better relief in their chronic pain were considered LDN responders (LDN-R). Patients who did not meet 50% pain relief, but who chose to continue LDN because of perceived improvement in quality of life as a result of taking LDN, were considered partial responders (LDN-PR).

Out of 35 patients who received LDN prescriptions, 10 were considered LDN-R, while 6 were considered LDN-PR. The responder rate (total number of LDN prescriptions ÷ number of LDN responders + partial responders) was 46%. Nineteen of the 35 patients discontinued the use of LDN and were determined to be non-responders (LDN-NR) either due to receiving no improvement or experiencing undesirable side effects such as jitteriness or insomnia. Figure 1 shows the distribution of patients in each category.

All patients in the observation period were provided with a printed information and instruction form regarding the use of LDN in the treatment of chronic pain. In addition to written instructions, patients were counseled to only use LDN if it was causing “zero to minimal” side effects, and to discontinue the medication if any unpleasant side effects occurred. A “low and slow” approach to titration of LDN dose was used, and patients were verbally counseled that, vis-à-vis LDN therapy, “more is not necessarily better.” Initial prescriptions were sent electronically to a compounding pharmacy of the patient’s choice. Naltrexone is not a scheduled substance and a medical provider does not require a DEA number to prescribe it.

Patients were provided with an initial quantity of 90 to 120 tablets of naltrexone 1.5 mg. Patients who were finding no relief with low dose opioids (MME