The pain management revolution amid coronavirus and the opioid crisis 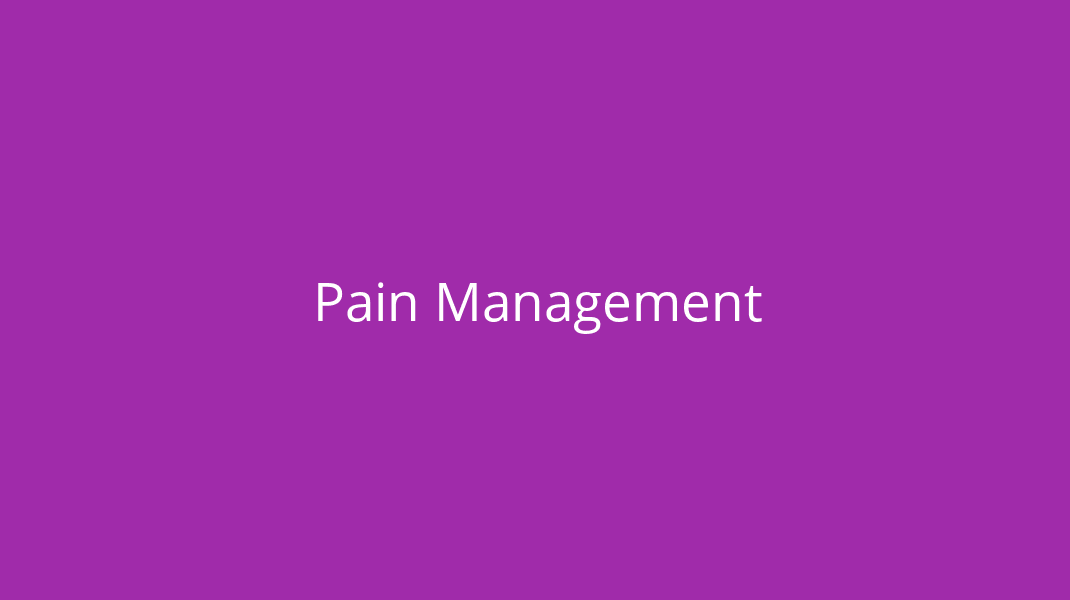 In a country plagued by the opioid crisis, the race is on to find novel solutions for managing pain. One in five Americans experience some sort of chronic pain.

Opioids are powerful painkillers prescribed by a doctor. Because they are highly addictive, prescription opioids have led to a nationwide epidemic killing 128 people each day, according to the Centers for Disease Control and Prevention. To avoid the potential dangers of opioids prescribed for pain management, many doctors are turning to new medication called "neuromodulators," some of which are also used to treat depression. These medications, which include gabapentin, pregabalin and duloxetine, affect the way the nervous system perceives pain rather than targeting pain directly.

Though effective for some, they're not the right treatment for everyone.

"What happens with not just medications but with almost all of our treatments for pain [is that] about 30 to 40% of people improve with any one treatment," said Dr. Ajay D. Wasan, a professor and vice chair at the University of Pittsburgh School of Medicine, and president of the American Academy of Pain Medicine.

While a growing number of scientists are studying alternatives to opioids, finding a single pill that alleviates all pain is unlikely. Instead, researchers and doctors believe that medicine is on the cusp of a revolution in the way providers treat pain. They predict that pain management will shift toward customizing treatment for each individual patient rather than prescribing one type of drug as a cure-all.

Wasan said he is optimistic about the future, with several new pain treatments in the pipeline which could broaden options for the one in five Americans experiencing chronic pain.

His hope is that with additional research and therapy combinations, "maybe 50 to 60% of patients may respond to a particular treatment."

"As a prescriber you want an array of options," said Dr. Rebecca Baker, director of a major federal government research effort called HEAL (Helping to End Addiction Long-term) which focuses on alternative ways to help patients cope with pain.

"There are lots of different pain conditions and they each need to be treated differently," Baker said. "Right now, we don't have a lot of options."

HEAL, which is sponsored by the National Institutes of Health, has identified several drugs with the potential to treat opioid addiction or to serve as opioid alternatives, as well as multiple non-drug therapies to help people manage pain.

"The goal of the NIH HEAL initiative is to provide scientific solutions to the national crisis of opioid misuse, overdose and addiction," Baker said.

Since its founding in 2018, HEAL contributes $500 million dollars annually to over 400 research projects.

Baker says the NIH has invested in a wide range of promising pain treatments. Specifically, scientists are studying a type of medicine called antibody therapy that binds to, and therefore blocks, the body's pain signals.

There are other medications designed to target each part of the nervous system, from its genetic material to the electrical signals that travel throughout the body and to the brain, registering pain as a sensation.

Meanwhile, some companies are taking a different approach, attempting to develop medical-grade versions of one of the oldest painkillers in history -- cannabis.

The hope is that cannabinoids will be effective but not addictive for patients dealing with chronic pain, according to Greg Gorgas, CEO of Artelo Biosciences, a research-stage cannabis company. But cannabinoids and other pharmaceutical options have yet to be proven in clinical trials, and they may only be one part of the solution.

Baker also says there is promising research into new medical devices that treat pain, including an ultrasound that stimulates the body's nervous system to disrupt pain transmission. But according to Baker, pain research extends far beyond drugs and medical devices.

"We need better understanding of the biologic and genetic basis of these differences and embedding of these in our research and development plans," Gorgas said.

Someday soon, Baker said, "pain [will be] treated like other health conditions . . . so that means looking at the whole person and having a number of options to offer to individuals with pain and then working with them to find the treatment approach that works best for them."

Stephanie E. Farber, M.D. is a plastic surgeon from Pittsburgh, Pennsylvania and a contributor to the ABC News Medical Unit.