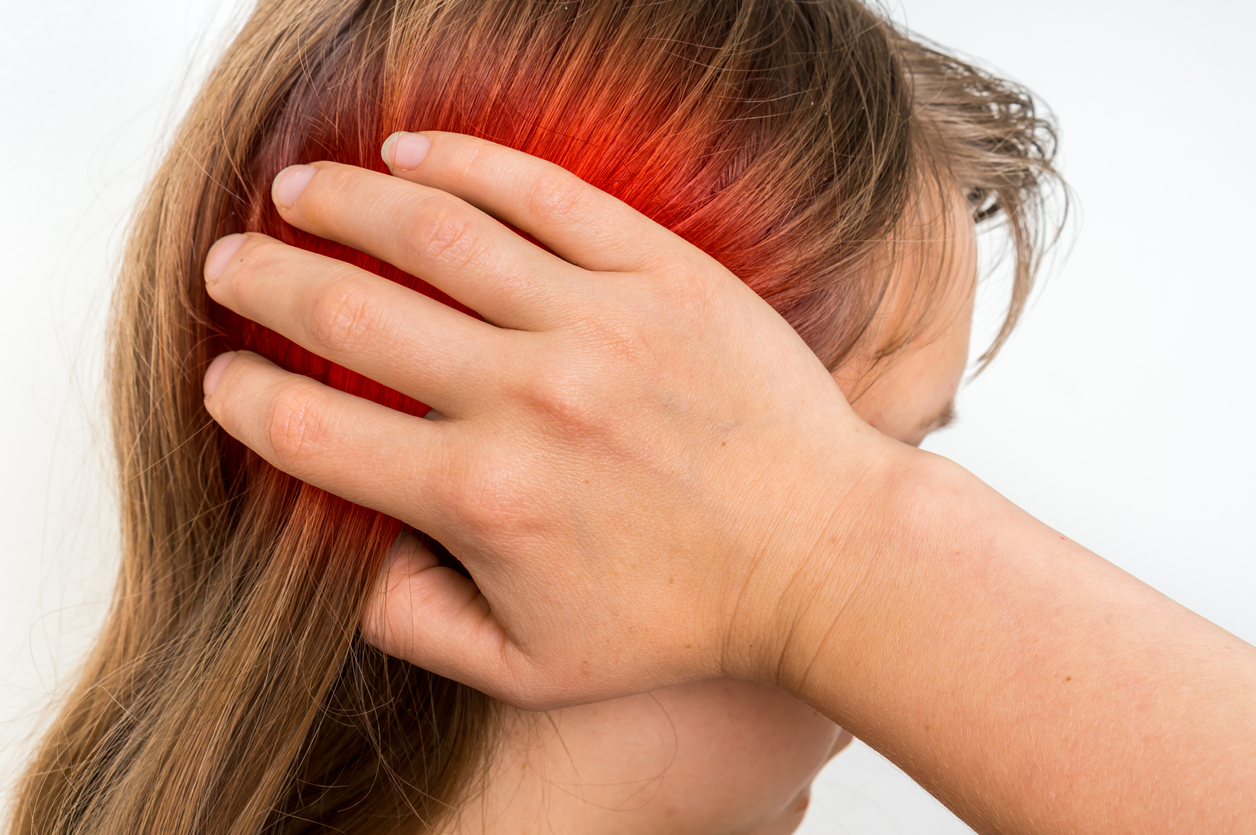 Multiple sclerosis is a chronic, demyelinating disease of the central nervous system (CNS) occurring typically between 20 and 40 years of age. Common symptoms of MS include sensory impairment, extremity weakness, urinary dysfunction, visual impairment, spasticity, and pain. Pain tends to be the most commonly treated symptom among patients diagnosed with MS and, in this pathology, various types of pain (eg, extremity pain, thalamic or cortical deafferentation pain, Lhermitte’s phenomenon, and TN) have been reported.

In fact, trigeminal neuralgia is the most frequently occurring neuropathic pain in MS patients with a prevalence ranging from 1.9% to 6.3%. In addition to the episodic pain that MS patients experience, a constant pain component is often reported. It has been evidenced that over time the pain becomes more atypical, more trigeminal divisions are involved and bilateral involvement can occur in up to 31% of patients. It is generally believed that MS precedes the onset of TN but in several reports, TN is described as the first symptom of MS occurring from 5 to 10 years before the onset of another neurological symptom.

Many factors, such as demyelination in the region of nerve compression, ectopic generation of spontaneous nerve impulses and their ephaptic conduction to adjacent fibers, activation of peripheral receptors, transmission and projection of nociceptive information, and convergence of nociceptive afferents onto common central neurons have been advocated to play a role in the pathogenesis of TN. In MS-related TN it has been suggested that an increase in the activity of T cells leads to increased inflammatory activity in the plaques, which makes them more susceptible to ephaptic nerve conduction.

However it has been reported that in many individuals with MS, a pontine demyelinating plaque - which would lead to the damage of the primary afferents resulting in TN- and neurovascular compression co-exist. Nonetheless, other reports have suggested no relationship between trigeminal lesions and clinical symptoms, despite extensive involvement of the entire trigeminal complex, and there are many patients with no evidence of plaques in the midbrain on magnetic resonance imaging.

Neurologists and pain therapists alike often share that MS-related TN is very difficult to treat. This challenge may be due to the lack of the medical and scientific community’s understanding of MS-related TN pathogenesis. Moreover, there are no properly designed randomized clinical trials on these patients.

Antiepileptic drugs are considered first-line for all types of pain in multiple sclerosis. Nonetheless, the studies based on the use of these drugs – such as carbamazepine, oxcarbazepine, eslicarbazepine, lamotrigine, gabapentin, pregabalin, topiramate, and misoprostol – tend to include only small samples of patients with MS. A recent systematic review showed that, even if some side effects are reported, the class of antiepileptic drugs is effective to treat MS-related pain. It has been reported that more than 50% of people with TNs experience a decline in the efficacy of carbamazepine and oxcarbazepine in controlling their pain. Furthermore, carbamazepine may result in adverse effects, particularly causing reversible worsening of MS symptoms.

Some studies reported the potential efficacy of lamotrigine as monotherapy or in association with gabapentin or carbamazepine, topiramate, gabapentin, and misoprostol. However according to the European guidelines, there is insufficient evidence to support or refute the effectiveness of any medication in treating pain in MS-related TN, and none of the medications have been reported as curative. Thus, it has been suggested that, in MS patients, these drugs be used only during periods of relapse and discontinued if surgery results in pain relief.

Surgical management of trigeminal neuralgia may be advised for patients who have either failed medical treatment, who suffer intolerable side-effects from medication, or have suffered relapse of symptoms. Various surgical approaches have been proposed for the treatment of drug-resistant TN. Surgical options consist of nondestructive and destructive modalities.

Microvascular decompression (MVD), a nondestructive modality, may be performed with the aim of resolving the neurovascular conflict between an abnormal vessel and the trigeminal nerve. On the other hand, percutaneous destructive procedures, involving a trans foramen ovale approach to the retrogasserian portion of the trigeminal nerve and gamma knife radiosurgery (GKRS), aim to damage the trigeminal nerve root. MVD is the most invasive surgical option and in TN patients without MS has the best chance of a permanent treatment of pain.

The procedure has a low risk of sensory loss but can be associated to a high risk of developing cranial nerve deficits, stroke, and infection. A recent systematic literature review by the authors of this paper, on MVD in MS-related TN patients, showed acute pain relief in 71.42% of cases and a recurrence of pain in 26% of them, with a mean follow-up of 53.44 months ± 36.52 months.

Percutaneous rhizotomy is another surgical technique that involves the selective destruction of A-delta and C pain nerve fibers with intent to preserve A-alpha and beta sensory nerve fibers. The three types of rhizotomy include:

Access to the trigeminal ganglion for these techniques is gained by threading of a cannula through the foramen ovale. Balloon compression offers immediate pain relief in 80% to 90% of MS-related TN patients and time free from medications ranging from 2 to 3 years. Similar results have been reported for the glycerol rhizotomy and the thermocoagulation rhizotomy. Although less invasive than MVD, these percutaneous techniques carry a higher risk of trigeminal sensory loss with trigeminal dysesthesias and corneal numbness leading to keratitis reported in some cases. Nevertheless the main advantages of these techniques are the immediate post-operative pain relief and that they can be repeated in cases of TN recurrence.

GKRS offers another procedural alternative for poor surgical candidates or those refusing more invasive therapy. This stereotactic outpatient procedure utilizes high doses (70 Gy to80 Gy) of submillimeter radiation beams focused at the trigeminal root entry zone, which causes necrosis over time and thus decreases pain signals. A systematic review of its use in patients with MS demonstrated lower results compared with the other procedures. Although less invasive than the other noted procedures, one shortcoming of GKRS is that the pain relief is not achieved immediately after the procedure and may be delayed over time.

As with any surgical technique, those aimed at the treatment of trigeminal neuralgia have some advantages but also carry some shortcomings. Furthermore, there are other considerations that complicate the choice of the correct approach:

In the authors’ view, patients with MS suffering from TN should be considered surgical candidates in cases of lack of pain control or when side effects occur during medical therapy. The surgical treatment should be tailored to the patient. Some recent evidence suggests that in cases of a demyelinating plaque related to TN detectable on magnetic resonance imaging, percutaneous techniques seem to be associated with better outcomes.

A separate report demonstrated that patients who do not have MRI evidence of plaque formation near the trigeminal nucleus may experience clinical benefit from decompression. This data seems to be confirmed by a literature pooled analysis that showed that MVD would be more efficient in patients without brainstem lesions.

Taking into account these data, in young MS patients suffering from drug-resistant TN with good neurological function and good clinical conditions with no evidence of a demyelination plaque in the brainstem, the authors pose it is reasonable to offer MVD. In the elderly and those with evidence of a brainstem plaque, a percutaneous technique is advised. In cases of high surgical risk, or with refractory TN after multiple surgeries, or in patients who refused more invasive approaches, GKRS should be considered a valid option.

The treatment of MS-related TN remains a challenge because of the lack of a full comprehension of the complex pathogenesis at the basis of the onset of TN. Usually MS-related TN patients become drug-resistant early or develop side effects with medical therapy. Each surgical technique has its own advantages and limits, thus, the chosen approach should be tailored to the patient. A better selection of patients may improve the clinical benefits of each surgical procedure.

*This summary is based on a recently published literature review of pooled data by the authors (Reference 4). This article was published online in tandem with the May/June 2020 issue ofPPM.