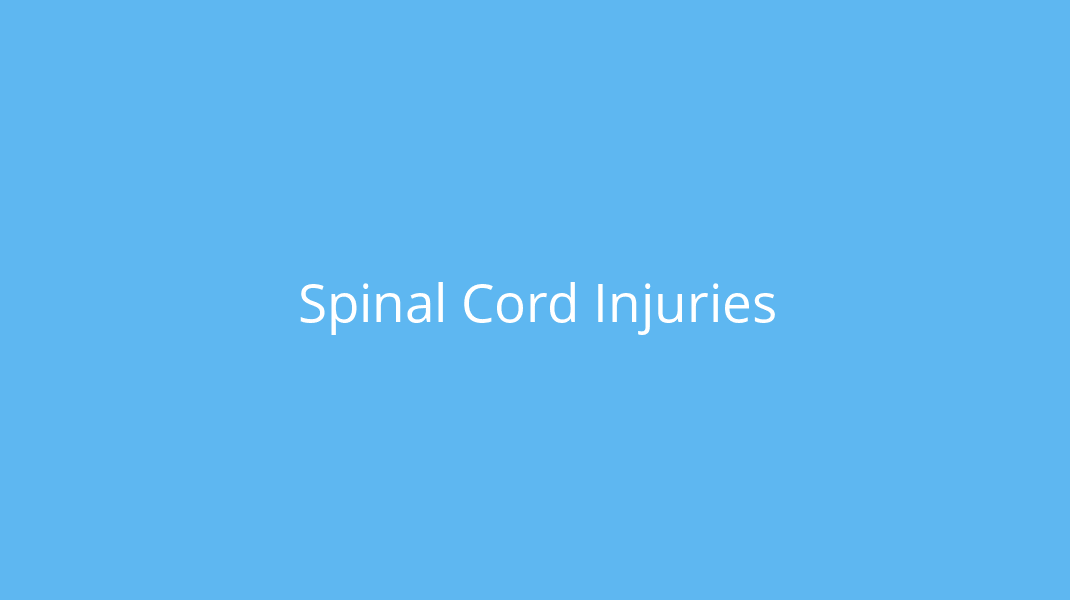 There are multiple forms of disability that a person can suffer as a result of a spinal cord injury (SCI) or traumatic brain injury (TBI). Two conditions that many people get confused are hemiplegia and hemiparesis—likely because of their similar names.

To help you learn more about these conditions, here’s a quick explanation of hemiplegia and hemiparesis, as well as what makes them different.

The term “hemi” in hemiplegia denotes something occurring on one half of the body — the left or the right side. Hemiparesis is weakness on half of the body. This may manifest in multiple ways, such as a loss of motor control, inability to feel one side of the body, or general sensations of weakness.

In the case of degenerative conditions such as multiple sclerosis or amyotrophic lateral sclerosis (ALS), hemiparesis may progress into hemiplegia with time.

It’s common for hemiparesis to unevenly affect one side of the body. The disorder is on a continuum, with symptoms ranging from minor and sporadic to extensive and severe. Telltale signs include:

Importantly, doctors will look for injuries on the affected side to rule out other causes, such as pinched nerves, muscle strains, or loss of blood flow.

Hemiplegia should not be confused with paraplegia, which is a condition that affects the lower body. However, the causes of hemiplegia and paraplegia are frequently similar.

Paralysis can change over time, and not all people with hemiplegia are completely immobilized or suffer a complete loss of sensation on the affected side. Nevertheless, if paralysis is not extensive, a doctor will likely diagnose hemiparesis instead of hemiplegia. Symptoms of hemiplegia include:

Hemiplegia can change over time, such that some areas of the affected side may be more significantly affected than others.

There are a number of conditions that can cause hemiparesis or hemiplegia. Examples of hemiparesis and hemiplegia causes include strokes, brain injuries, spinal cord injuries, infections, and a handful of other conditions affecting the central nervous system.

Some other causes of hemiparesis and hemiplegia include:

Rarely, psychological conditions can manifest as hemiparesis or hemiplegia. When this occurs, doctors must treat the psychological issue, not the physical symptoms.

Hemiparesis and hemiplegia are part of the same continuum of central nervous system injuries. Both interfere with movement and sensation. Both can be difficult to treat, and often severely constrain normal functioning.

Though the symptoms are different, the two conditions are essentially different versions of the same underlying problem. Mild to moderate nerve or brain damage will produce hemiparesis, while moderate to severe nerve or brain damage will result in hemiplegia. Moreover, the same injury can produce both symptoms at different times. This is especially true when nerves are compressed or the spinal cord is swollen, since changes in swelling or compression can also produce changes in symptoms.

Particularly early in an injury’s course, it’s impossible to determine whether a patient will be left with hemiparesis or hemiplegia.

Hemiparesis is characterized by weakness on one side of the body. A person with hemiparesis might not be able to move their arm, or may feel tingling or other odd sensations on just one side.

Hemiplegia is paralysis on one side of the body. Though stereotypes of paralysis suggest that paralysis completely removes the ability to move, the reality is a bit more complicated. People with paralysis may retain some sensation, and the degree to which they are paralyzed can change over time. Thus it can be hard to establish a clear line that separates hemiparesis and hemiplegia, particularly in the case of mild hemiplegia and severe hemiparesis.

Though hemiparesis and hemiplegia produce different symptoms, they are substantially similar in cause and treatment. To treat either condition, a doctor will first look at what caused the symptoms. When an infection, growth, or other medical issue causes symptoms, a doctor may first address these symptoms. When a stroke is the culprit, the stroke itself cannot be reversed, but a number of treatments may help restore some or all functioning:

Hemiparesis and hemiplegia are both inherently unpredictable, with symptoms that may change over time. Prompt intervention, including extensive physical therapy, can substantially improve the chances of a full recovery. Psychotherapy is also important, since the overwhelming nature of these injuries can interfere with a patient’s ability and willingness to stick with treatment.

Every patient is different, but there is no way to conclusively predict the prognosis of these disorders. Some people spontaneously recover, even with no treatment. Others make little progress, even with extensive treatment. In general, however, the more aggressively a patient works to recover some functionality, the more likely a full or partial recovery becomes.

Do you have more questions about hemiparesis, hemiplegia, paraplegia, or other conditions related to SCI and TBI? Reach out to the spinalcord.com team for answers!