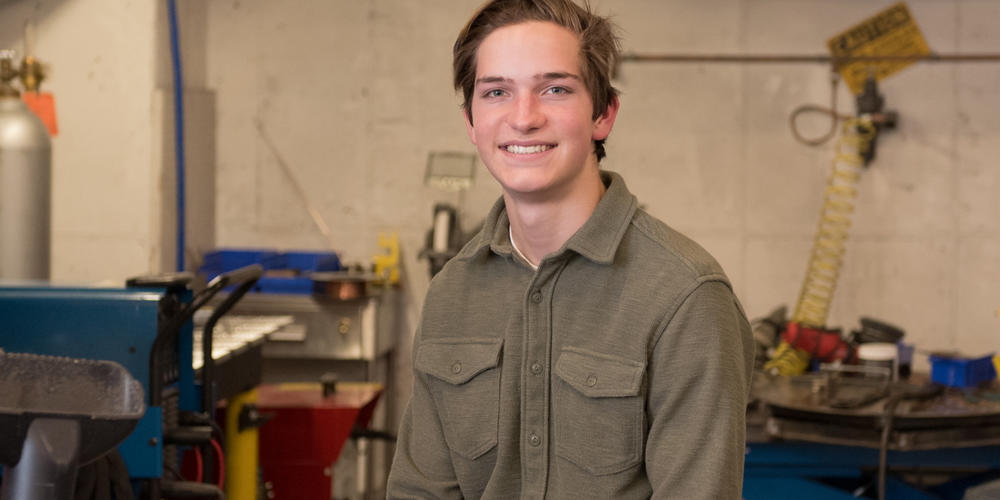 As he lay on the football field waiting for the ambulance to come, his high school teammates gathered around him, he knew his life would never be the same. He also knew that somehow, things would work out.

Now, two and a half years after his spinal cord injury, Cameron knows that his initial feeling was correct. Things have worked out. While he was not able to return to sports in the same way, he has discovered a new passion.

On Cameron’s first day at Craig, he met Danielle Scroggs, a therapeutic recreation specialist. Danielle oversees the Teen Rehab at Craig (TRAC) program and assists with the Adaptive Gaming program.

“She popped into my room and asked me if I wanted to play video games with the other patients,” he says. “That opened my eyes to the community that thrives at Craig.”

Cameron was able to learn and rehab with his peers in the donor-funded TRAC program and School Program. When he left inpatient care after five weeks, he was able to walk using a forearm crutch.

“Danielle knew that I was interested in engineering, so she approached me with a challenge,” says Cameron. “She wanted me to create a joystick that would attach to an Xbox D-pad controller to make it easier to use for someone with limited hand function.”

He worked with Danielle and Patrick Wagner in Craig’s Rehabilitation Engineering Department to design and refine the device in a computer-aided design program. From there, Patrick printed the joystick on Craig’s 3D printer.

“Once we were satisfied with the design, I uploaded the plans to an online database so that anyone can benefit from the design,” he says. “Danielle is also using the device with her other patients to help them use gaming to meet their therapy goals.”