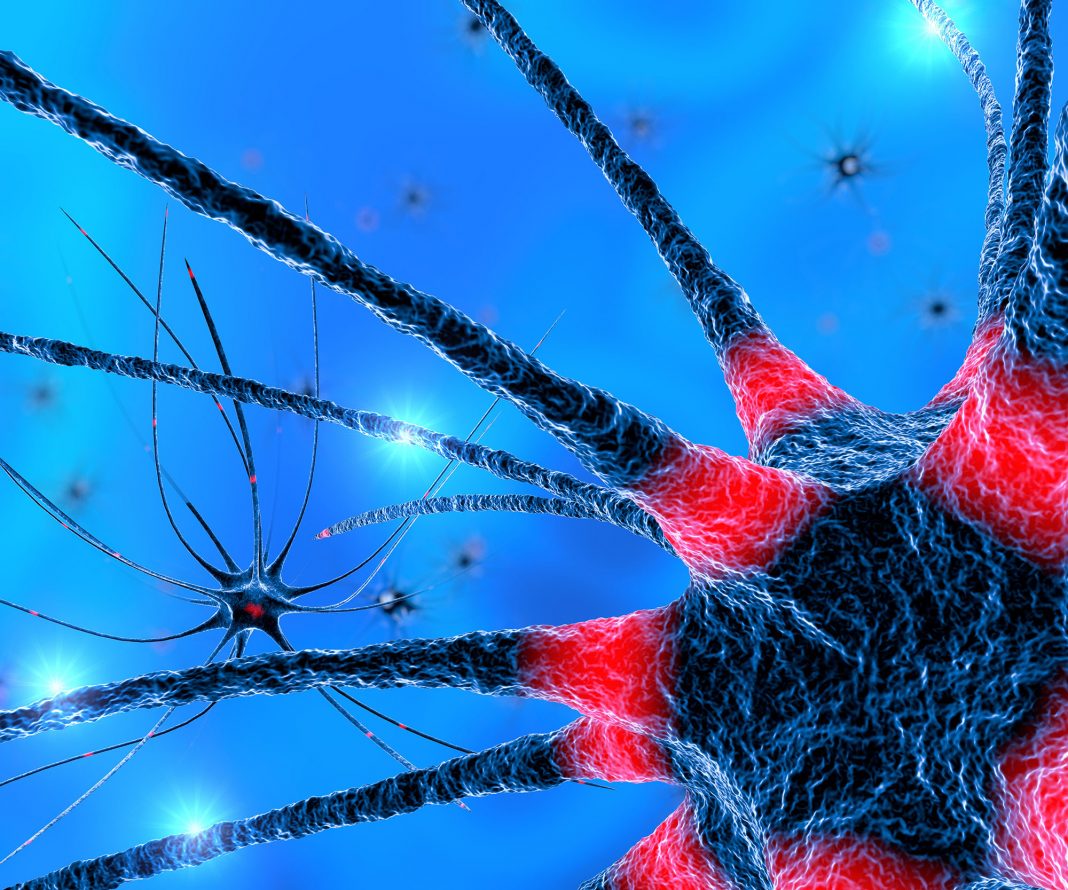 The regeneration of damaged neurons has been the ultimate goal for a large portion of neuroscience research. Understanding the underlying mechanisms that control neuronal growth is key to developing interventional therapies. Like power lines in an electrical grid, the long wiry projections that grow outward from neurons—structures known as axons—form interconnected communication networks that run from the brain to all parts of the body. Yet, unlike an outage in a power line, which can be fixed, a break in an axon is permanent. Unfortunately, each year thousands of patients confront this reality, facing life-long losses in sensation and motor function from spinal cord injury and related conditions in which axons are badly damaged or severed.

However, now, a team of scientists at the Lewis Katz School of Medicine at Temple University (LKSOM) has published new data showing that in mice, gains in functional recovery from axonal injuries may be possible, thanks to a molecule known as Lin28, which regulates cell growth. Findings from the new study—published recently in Molecular Therapy through an article entitled “Upregulating Lin28a Promotes Axon Regeneration in Adult Mice with Optic Nerve and Spinal Cord Injury”—describe the ability of Lin28, when expressed above its usual levels, to fuel axon regrowth in mice with spinal cord injury or optic nerve injury, enabling repair of the body’s communication grid.

“Our findings show that Lin28 is a major regulator of axon regeneration and a promising therapeutic target for central nervous system injuries,” explained lead study investigator Shuxin Li, MD, PhD, a professor of anatomy and cell biology in the Shriners Hospitals Pediatric Research Center at LKSOM. “We became interested in Lin28 as a target for neuron regeneration because it acts as a gatekeeper of stem cell activity. It controls the switch that maintains stem cells or allows them to differentiate and potentially contribute to activities such as axon regeneration.”

This research is the first to demonstrate the regenerative ability of Lin28 upregulation in the injured spinal cord of animals. To further explore the effects of Lin28 on axon regrowth, the research team developed a mouse model in which animals expressed extra Lin28 in some of their tissues. When full-grown, the animals were divided into groups that sustained spinal cord injury or injury to the optic nerve tracts that connect to the retina in the eye.

“Using a neuron-specific Thy1 promoter, we generated transgenic mice that overexpress Lin28a protein in multiple populations of projection neurons, including corticospinal tracts and retinal ganglion cells,” the authors wrote. “We demonstrate that upregulation of Lin28a in transgenic mice induces significant long-distance regeneration of both corticospinal axons and the optic nerve in adult mice. Importantly, overexpression of Lin28a by post-injury treatment with adeno-associated virus type 2 (AAV2) vector stimulates dramatic regeneration of descending spinal tracts and optic nerve axons after lesions. Upregulation of Lin28a also enhances the activity of the Akt signaling pathway in mature CNS neurons.”

Another set of adult mice, with normal Lin28 expression and similar injuries, were given injections of a viral vector (a type of carrier) for Lin28 to examine the molecule’s direct effects on tissue repair.

Interestingly, extra Lin28 stimulated long-distance axon regeneration in all instances, though the most dramatic effects were observed following the post-injury injection of Lin28. In mice with spinal cord injury, Lin28 injection resulted in the growth of axons to more than three millimeters beyond the area of axon damage, while in animals with optic nerve injury, axons regrew the entire length of the optic nerve tract. Evaluation of walking and sensory abilities after Lin28 treatment revealed significant improvements in coordination and sensation.

“We observed a lot of axon regrowth, which could be very significant clinically since there currently are no regenerative treatments for spinal cord injury or optic nerve injury,” Li noted.

One of his goals in the near-term is to identify a safe and effective means of getting Lin28 to injured tissues in human patients. To do so, his team of researchers will need to develop a vector, or carrier system for Lin28, that can be injected systemically and then home in on injured axons to deliver the therapy directly to multiple populations of damaged neurons.

“Lin28 associates closely with other growth signaling molecules, and we suspect it uses multiple pathways to regulate cell growth,” Li concluded. These other molecules could potentially be packaged along with Lin28 to aid neuron repair.