Improving the efficiency of gene targeting in blood stem cells 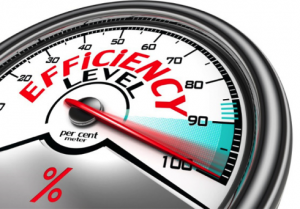 As mentioned in the introductory post to this series on blood stem cell gene therapy, several significant issues existed with the first set of clinical trials in the gene therapy world. It became abundantly clear that simply delivering the gene target on its own would not be sufficient for curing disease. Rather, these early trials inspired a great need to investigate the human body’s response to the gene delivery by viruses, how to improve the efficiency of gene delivery, and how to avoid the nastiness of off-target effects.

The human body has developed many ways to fight off viruses and it should come as no surprise that hijacking viruses as a delivery vehicle for nucleic acids runs the risk of activating some of these mechanisms. For readers interested in a more comprehensive description, I would suggest an academic review from Shirley et al.; and, for those interested in a lay summary Wikipedia summarizes the hurdles reasonably well.

The Shirley review goes through several commonly used gene therapy viral vector strategies and will be a much more accurate read than my summary that follows. Briefly, adenovirus vectors used in early trials were selected for their incredibly high transduction efficiency and subsequent expression of the target gene. Unfortunately, this high expression was capable of triggering a massive immune response and soon represented one of the greatest risks for applying gene therapy in clinical practice. This led to the exploration of alternative approaches with lower efficiencies, but less immunological stimulation.

One of the most effective strategies was modifying the vectors to contain fewer, and eventually no, viral gene components. This led to the development of adeno-associated vectors, or AAVs, which have become a mainstay of gene therapy.

These vectors do not carry any viral gene coding sequences and consequently do not drive a strong immune response compared to their parental adenovirus vectors. A large number of current approved gene therapies use AAVs, although they do not perform well in targeting cells in vitro and are generally not considered to integrate in the genome (potentially risking not having the long-term stable expression required for successful gene therapy). (N.B., native AAV can integrate in the genome)

To achieve long-term stable expression, many gene therapy developers have opted to utilize lentiviral vectors (derived from a parental HIV virus and able to deliver a gene to non-dividing blood stem cells). The flip-side of stable expression via genome integration is the very issue that caused massive problems of gene therapy induced cancer in the X-SCID trial in the early 2000s described in my introductory post. Unpredictable and continued integration of the genetic material delivered in the therapy can lead to disruption of cancer initiating genes (called “insertional mutagenesis”) with obvious undesired consequences.

Second and third generation vectors have greatly minimized this risk by removing elements of the virus that are essential for viral re-integration. This effectively means that after the virus initially integrates, it stays put and does not move around the genome again. The formal possibility of being unlucky in that first integration still exists, but removing the ability of the virus to replicate in vivo has dramatically improved the safety profile of lentiviral approaches and has been widely adopted.

While numerous gene therapies are working well for relatively straightforward single-gene disorders (i.e., Wiskott-Aldrich Syndrome), there are a number of diseases that require quite a lot more development due to the complicated nature of the gene(s) involved. Two of these blood disorders, sickle cell disease and beta-thalassemia, predominantly affect lower-middle income countries and the genetics are complicated. A recent paper from one of the world’s foremost experts in gene therapy, John Tisdale, highlights some of these complications:

“Unlike those used in other diseases, therapeutic vectors for the β-globin diseases have demanding requirements including high-level β-globin expression, tissue specificity among erythroid cells, long-term persistence, and high-level modification at the HSC [blood stem cell] level.”

These blood stem cells are the foundations of durable gene therapy: without introduction of the corrected gene into blood stem cells, the transplanted cells will have a finite lifespan and are highly unlikely to lead to a curative treatment.

As discussed in the second post of this series, increasing blood stem cell numbers would be one method of addressing this concern, but in the case of β-globin disorders, it is critical to have a high proportion of corrected hemoglobin molecules, so targeting efficiencies are of utmost importance to improve. A number of trials are underway in sickle cell disease in particular.

In summary, while gene therapy does seem to have made some incredible strides in the past few years, there is an enormous amount of work remaining to address the more complicated, and in this case substantially more wide-reaching, genetic diseases. Much of this work still exists at the technical level. Trying to get the right gene correction, delivered in the right number of cells, in the correct proportion, will continue to challenge researchers in this exciting area of science.