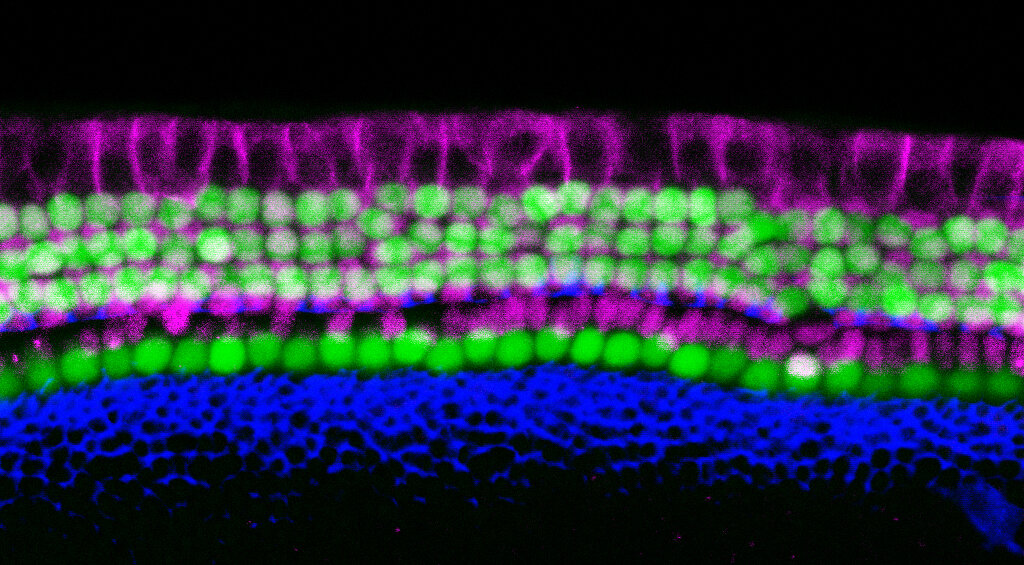 Scientists from the USC Stem Cell laboratories of Neil Segil and Justin Ichida are whispering the secrets of a simpler way to generate the sensory cells of the inner ear. Their approach uses direct reprogramming to produce sensory cells known as "hair cells," due to their hair-like protrusions that sense sound waves. The study was published today in the journal eLife.

The scientists successfully reprogrammed three different types of mouse cells to become iHCs. The first two types were embryonic and adult versions of connective tissue cells, known as fibroblasts. The third was a different type of inner ear cell, known as a supporting cell.

"The four key ingredients turned out to be the transcription factors Six1, Atoh1, Pou4f3, and Gfi1," said Menendez.

The resulting iHCs resembled naturally occurring hair cells in terms of their structure, electrophysiology, and genetic activity. The iHCs also possessed several other distinct characteristics of hair cells, including vulnerability to an antibiotic known to cause hearing loss.

"Hair cells are easy to damage, and currently impossible to repair in humans," said Segil, a professor in the Department of Stem Cell Biology and Regenerative Medicine, and the USC Tina and Rick Caruso Department of Otolaryngology—Head and Neck Surgery, and one of the corresponding authors of the study. "Aging, loud noises, and certain chemotherapy drugs and antibiotics can all lead to the permanent loss of hair cells, which is the leading contributor to hearing loss worldwide."

iHCs have the potential to accelerate hearing loss research in at least two important ways, according to Ichida, who is the John Douglas French Alzheimer's Foundation Associate Professor of Stem Cell Biology and Regenerative Medicine at USC, and the other corresponding author of the study.

"In the near term, researchers can use iHCs to screen large numbers of drug candidates that might prevent or treat hearing loss," said Ichida, who is also a New York Stem Cell Foundation-Robertson Investigator. "And further in the future, it could become possible to directly reprogram supporting cells in the inner ear of a deafened individual, as a way to restore hearing."